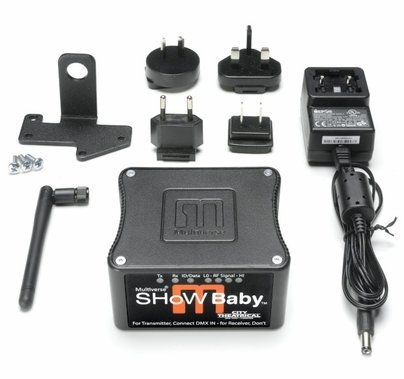 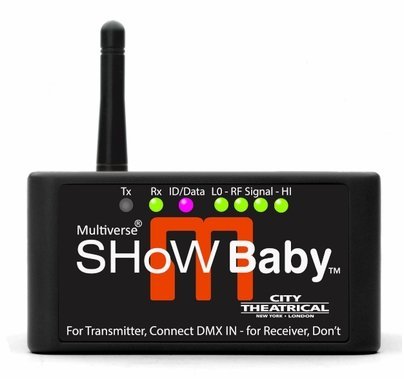 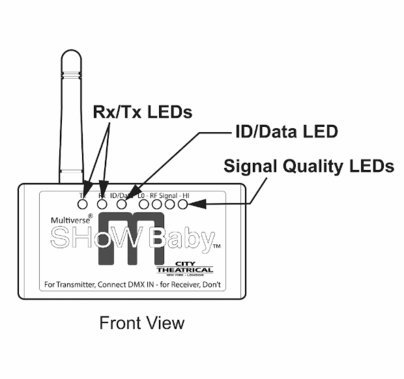 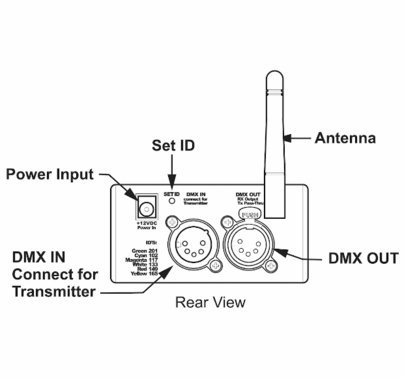 City Theatrical’s new Multiverse® SHoW Baby® is a wireless DMX transceiver that delivers breakthrough plug and play wireless DMX and RDM transmission. In its default mode, it works like any other SHoW Baby 6 Transceiver, with six user selectable SHoW IDs. By connecting an RDM controller, like DMXcat® Multi Function Test Tool, all of the revolutionary new 2.4GHz Multiverse SHoW IDs are accessible.


90% Less Radio Energy Used Multiverse’s patent-pending wireless DMX/RDM technology enables scalability of wireless lighting data like never before. It allows larger and larger systems to be scaled up without producing harmful amounts of radio energy that could disrupt other wireless systems in the venue.


mRDM Multiverse is able to broadcast RDM information without disrupting the DMX broadcast. This feature is unique to Multiverse.


RDM Integration When Multiverse radios are implemented by a manufacturer of a lighting fixture, they become an integrated part of that device. Lighting users simply look for the fixture they want to communicate with, not the radio in addition to the feature, for a simpler selection process.

Other compatible Multiverse products include: