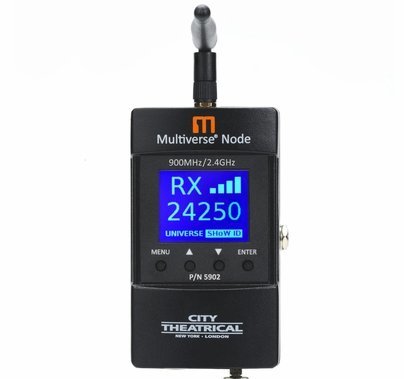 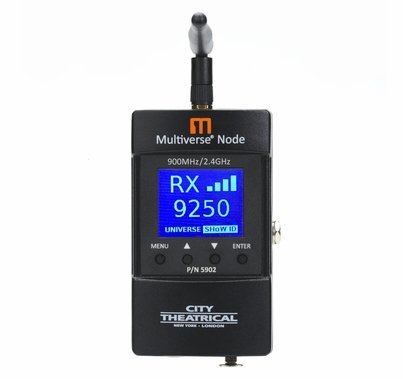 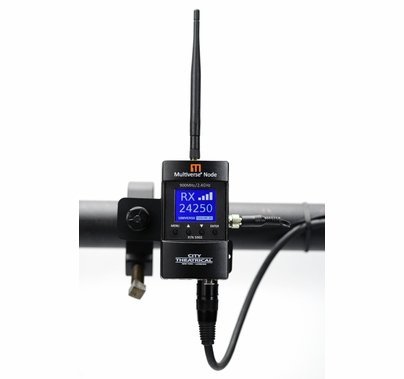 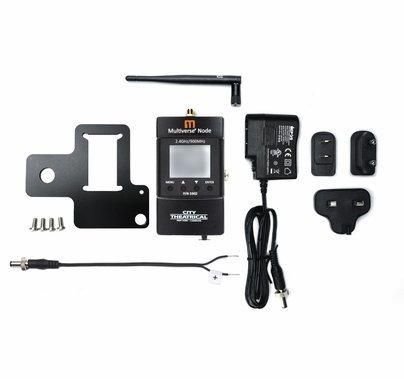 Multiverse Node models include:
The Multiverse Node 900MHz/2.4GHz (P/N 5902), which is licensed for use in North America only. It contains two built-in radios, 2.4GHz and 900MHz, which allow the user to select which single universe to transmit, and which radio band to use via the SHoW ID