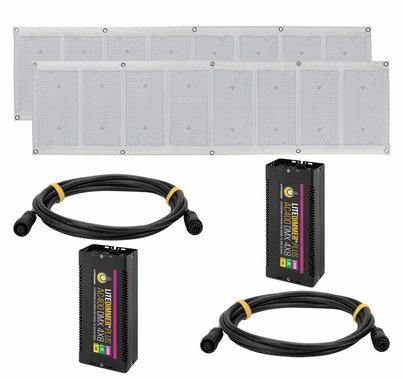 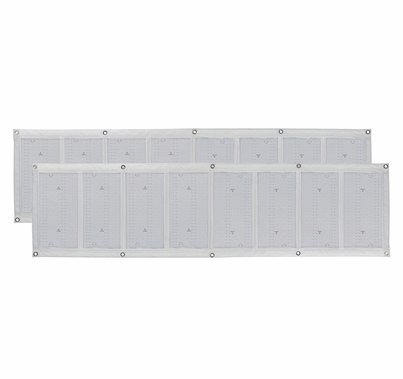 Availability: Out of Stock, Usually leaves warehouse in 12-16 weeks

LiteTile+ Plus 8 is the first foldable LED lighting fixture made completely with engineered textiles. LiteTile+ Plus 8 allows the user to install thin, soft, and adjustable Kelvin light into areas previously inaccessible. Because LiteTile+ Plus folds up to 180º between each light engine, the luminaire can be shaped into numerous configurations allowing for 360º, two-sided, or irregularly shaped setups. LiteTile+ Plus 8 can be directly attached to walls or ceiling surfaces such as office drop-ceilings with just spring-clips or tape. The LiteTile+ Plus 8 really shows its versatility when four units are coupled together and attached to a overhead/butterfly 8 x 8 frame. That is 1600 W and more than 18,400 cinema quality emitters creating ultra-soft Hybrid light output without the need for additional diffusion.

The New CineMitters  Extending the Possibilities.

Efficient and full-spectrum, the CineMitter offers state-of-the-art output with a 40% increase in brightness over VHO Pro. LiteGear extended the Kelvin range by lowering CCT to 2600 K allowing for candlelight or deep-tungsten output while increasing the CRI to a staggering 95+ which is nearly indistinguishable from traditional incandescent sources! On the cool side, the CCT was pushed up to 6200 K to better balance for overcast sky or cool white fluorescents. This increase in CCT still achieves a CRI of 95+ and provides beautiful, full-spectrum daylight.

LiteDimmer+ Plus Designed for Plus Series Luminaires.

LiteDimmer+ Plus incorporates legendary LiteDimmer cinema-grade electronics into a singular housing combined with the AC or DC power supply. These Hybrid dimmers are available in manual and DMX versions, with wattages starting at 100 W through 400 W, and feature the new locking PL7 connector. Some of the LiteDimmer+ Plus units feature CurrentSense technology which regulates the output current regardless of how many LiteMats or LiteTiles are plugged in.