Join Our Rewards Club and SAVE ... It's FREE 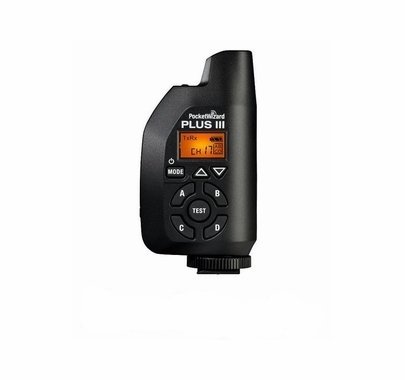 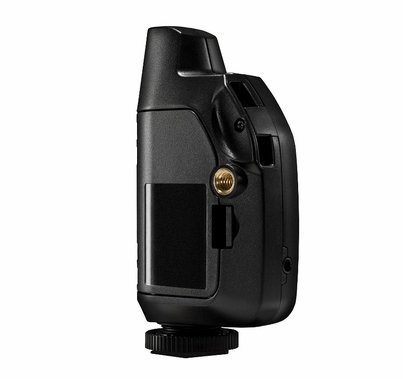 PocketWizard Plus III offers dependable wireless triggering for flash strobes and cameras. Control up to 4 camera groups or 4 flash groups over 32 wireless channels. 1600' range in standard mode and trigger up to 14.5 frames per second. The range can be extended by using a second Pocketwizard III as a wireless repeater. Use it as a transmitter or receiver to control your strobe flash or cameras. The test button 2 stage acts similar to a shutter release button on your camera. Press it half way to activate the remote camera, set focus, iris, meter. Then press again to take the shot. It couldn't be any easier.

The Pocket Wizard Plus III Transceiver is the most reliable, feature-packed, easy-to-use solution for remote flash and camera triggering available. Use it as a transmitter or receiver.

The Plus III Transceiver features an impressive 32 channels. There is always a clean, clear wireless channel available when you have 32 to select from. Whether you're a wedding or sports shooter or working in a busy studio, finding a clear channel is never a problem. Selective Quad-Zone Triggering, a feature once reserved for elite photographers, adds four zones enabling photographers to remotely trigger flash and or cameras in groups or individually. For photographers being asked to do more for less, this added flexibility is a huge competitive advantage.

The Plus III is simple to understand and operate. The new soft-touch keypad is large and intuitive and a beautifully backlit LCD panel displays everything you need to know. All of this is presented in a sleek, side-view design which reduces the viewing obstruction while conveniently positioning all controls. The precision-tuned antenna is housed inside the case of the radio for better durability.

The Plus III adds to the legendary Plus reliability with a working range of 1600' that will meet photographer's everyday needs. For more challenging environments or distances, there are two added features to improve range and reliability. Long Range Mode (LR) will roughly double the working range and is ideal for remote camera triggering. Repeater Mode (RP) allows the addition of one or more radios in between the transmitting and receiving radios to overcome distance, obstacles or other interference. RP mode works well for both remote camera triggering and remote flash triggering.

Like the Plus II, the Pocket Wizard Plus III is an Auto-Sensing Transceiver which means it will automatically switch between transmit and receive as needed. This is very useful when syncing remote cameras to remote flash. When the receiving radio on a remote camera receives a trigger, it can automatically engage Auto-Relay Mode and send a trigger signal out on the next higher channel. This triggers remote flash completely in-sync with the remote camera.

Of course, the Plus III is reverse-compatible with all PocketWizard radios, making it the perfect addition to existing gear. It is especially well paired with the MultiMAX which has the same set of 32 channels and four zones.

The Plus III can fire at sustained triggering rates of up to a blazing 14.5 frames per second. Two AA batteries can power the Plus III up to 50 hours and when needed for remote camera triggering, it can be powered with an external battery through the Mini-B USB 2.0 port. The USB port can also be used for firmware updates.

Whether new to remote triggering of cameras and flashes or a top professional pushing gear to the limits, the Plus III's reliability, simplicity and performance make it the perfect tool for the job. The Plus III is the new standard of excellence.

Compatible with most flashes and triggering circuits. Can handle up to 300 volts. See our cables and adapters section for appropriate connecting cables.

2-Stage triggering works as expected for most modern cameras when using an ACC cable. A few exceptions are detailed below:

1) Nikon Cameras with MC-DC2 ports do not provide half-press, or full press output through the MC-DC2 port. This means that any camera using an N-MCDC2-ACC cable won't be able to provide the "half press your remote camera from the camera in your hand" operation when using the shutter release button. This affects the following cameras:
D90
D7000
D5100
D5000
D3100

Note: This does NOT impact half-press or full-press INPUT to the camera, as this works just fine with the N-MCDC2-ACC cable on a remote camera.

2) Nikon Camera's with a MC-DC1 port using an NM4-ACC cable does not provide "half-press" output, but it does provide "full-press" output. This affects the following cameras:
D70s
D80